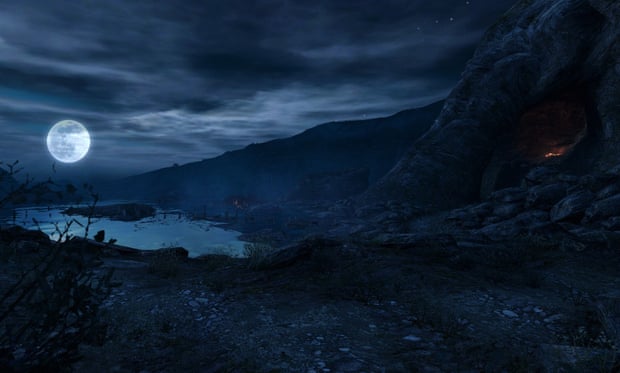 Danielle Riendau’s video article: Walking Simulators are Growing Up and Stepping Out

Walking Simulators are evolving as a genre to more effectively communicate their stories. Dear Esther was the pioneer for the genre, featuring very minimal gameplay, giving the player the ability to walk, turn a torch on and off, and consume the embedded narrative only. (Meer, 2014) The game had scripted events which determined the narration to be heard, triggered by where the player walked. Conversely, games like Gone Home and Everybody’s Gone To The Rapture allow players to actively interact with objects in the game to reveal exposition in the form of diegetic text and narration. (Thier, 2015) The genre, despite being relatively new, has branched out to the point of re-incorporating gameplay elements such as puzzles to advance the story, something which was omitted from the original genre definer, as a way to determine just how bare mechanics in a game could be and still be considered a game. (Stuart, 2016)

The walking simulator Near Death is an example of this branching out. A distinction between the simplicity of Dear Esther and the evolution of the genre in Near Death can be gleaned by the difference in both games’ user interface. Dear Esther featured no heads-up display, whereas due to the increased complexity of game mechanics in Near Death, it requires an interface for selecting different objects, activating them, and interacting with objects in the environment. (Totilo, 2016)

Of course, increasing complexity in walking simulators comes with its drawbacks. Funding can no longer focus on creating beautiful assets for the game which are often crucial to the game’s enjoyment when it is stripped of all else. (Briscoe, 2012) Dear Esther and Everybody’s Gone To The Rapture are lauded for their stunning environments, which sacrifice character models and more advanced coding. (Stuart, 2016) Given Near Death’s more complex gameplay, it has been deliberated whether or not it should even be identified as a walking simulator. (Orthogonal, 2016) So it is to be questioned whether evolution of the walking simulator is really what’s most generative for the genre, if these games will come full circle and become action games again, or if it will end up bending the limits of which we define both genres.

Stuart, K. (2016). Dear Esther: how the ‘walking simulator’ made it to PlayStation 4 and Xbox One. [online] the Guardian. Available at: https://www.theguardian.com/technology/2016/apr/06/dear-esther-original-walking-simulator-playstation-4-xbox-one [Accessed 15 Aug. 2016].

This is a text widget, which allows you to add text or HTML to your sidebar. You can use them to display text, links, images, HTML, or a combination of these. Edit them in the Widget section of the Customizer.
%d bloggers like this: